Kawhi Leonard of the LA Clippers is one of the best defenders, as noted by being Defensive Player of the Year and NBA Finals MVP. He has also been established as New Balance’s face of basketball and the latest shoe wear line.

Leonard signed a 10-year contract with New Balance. In October 2019, New Balance and Kawhi launched their first-ever shoe collaboration in the New Balance OMN1S, the first shoe in Kawhi Leonard’s new sneaker line, which marked New Balance’s place in the basketball shoe market. There are now multiple colorways and styles of this New Balance sneaker.

In August 2020, the” Kawhi” shoe, the NBA star’s first signature shoe, was released during the Clippers exciting run in the 2020 All-Star Game. This basketball-focused shoe set in a mainly white colorway featured a mid cut silhouette with a technical mesh base, and a decorative, multi-colored embroidery to give it a pop of color. The bright colors move towards the tongue with a rainbow army print and a ‘K’ for Kawhi logo.

The latest edition in Kawhi Leonard shoes are the KAWHI’ 4 Bounces.’ The Kawhi 4 Bounce shoes were inspired by the legendary, series-winning shot Leonard made against the 76ers – four bounces to be exact– to the second championship and Finals MVP. Arguably one of the greatest playoff scenes in NBA history, the shoes reflect the 2019 Eastern Conference semi-final Game 7 between the Toronto Raptors and Philadelphia 76ers and Leonard’s iconic buzzer play. The royal blue colorway mimics the same royal blue player edition of the New Balance OMN1S Leonard wore during that game. 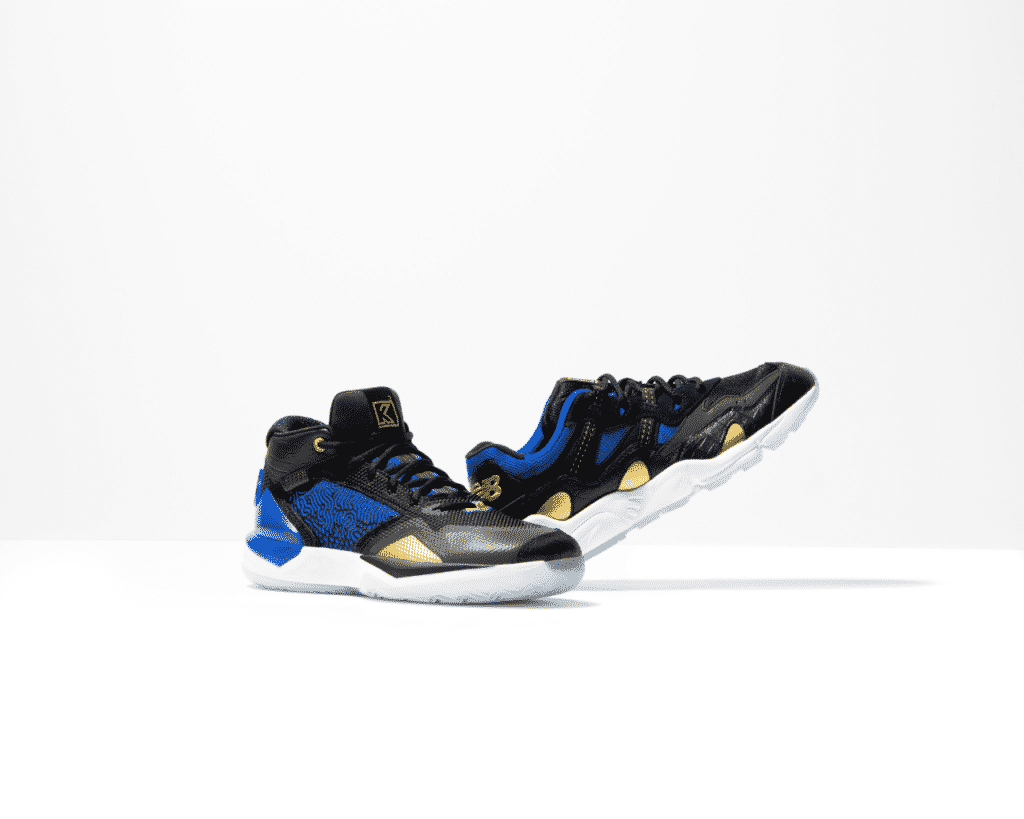 More of Kawhi’s personal life and characteristics are found in the shoes, like the corn-row-like stitchings on the quarter panels, his NBA achievements printed across the throat banner, and golden eyelets with quilted heels that symbolize his 1964 classic car.

New Balance and Kawhi have made a lane for themselves and they are not stopping any time soon. Keep an eye out for more Kawhi Leonard Shoes with New Balance as they are fan favorites that keep performing as well as Leonard.