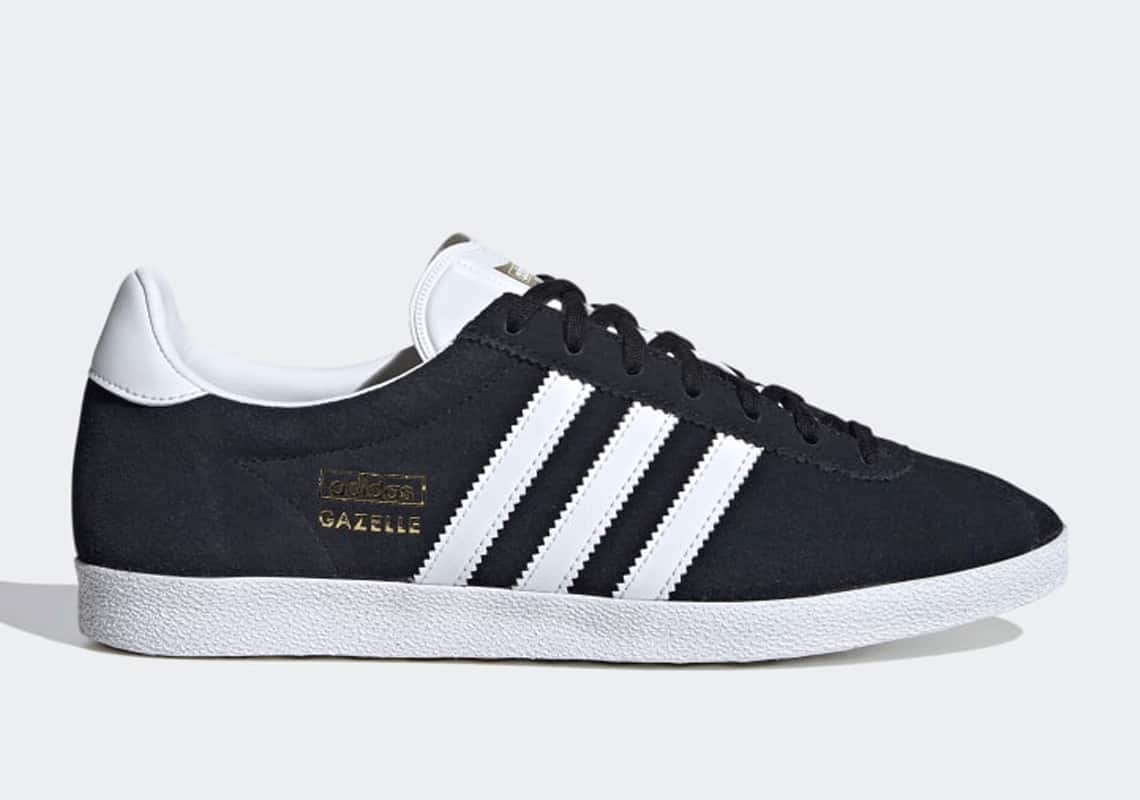 Before 2020 began, adidas announced that it would be focusing a notable amount of its attention on the Superstar‘s 50th Anniversary. While it’s self-fulfilled its claim, the German sportswear behemoth has also spent the start of the new decade both unearthing once-archival and re-issuing beloved silhouettes in their original form. The Gazelle joins the latter category on September 1st.

The low-top sneaker may be considered simple in today’s marketplace, but in 1968, it was a breath-of-fresh-air. All-over suede clad in vibrant hues like “Clear Pink” delivered a much more eye-catching arrangement than colored leather. Even “Core Black” options seemed modernized compared to footwear contemporaries given their stark contrasting profile 3-Stripes. Furthermore, “Gold Metallic” branding on the lateral side is inherently statement-making; its orientation on the forthcoming retros is horizontal instead of diagonal like on modern-day iterations. The leather tongue and heel panel further transplant the model’s debut decade to the present with their “Cloud White” makeups; the former, however, dons a muted gold label. Underfoot, the revolutionary microcell sole unit maintains its original DNA with its “Cloud White” scheme across both upcoming releases.

Enjoy official images of the Gazelle OG duo here below, and find pairs arriving to adidas.com on September 1st for $80 USD each.

For more from The Three Stripes, the Yeezy Israfil launches on August 22nd.