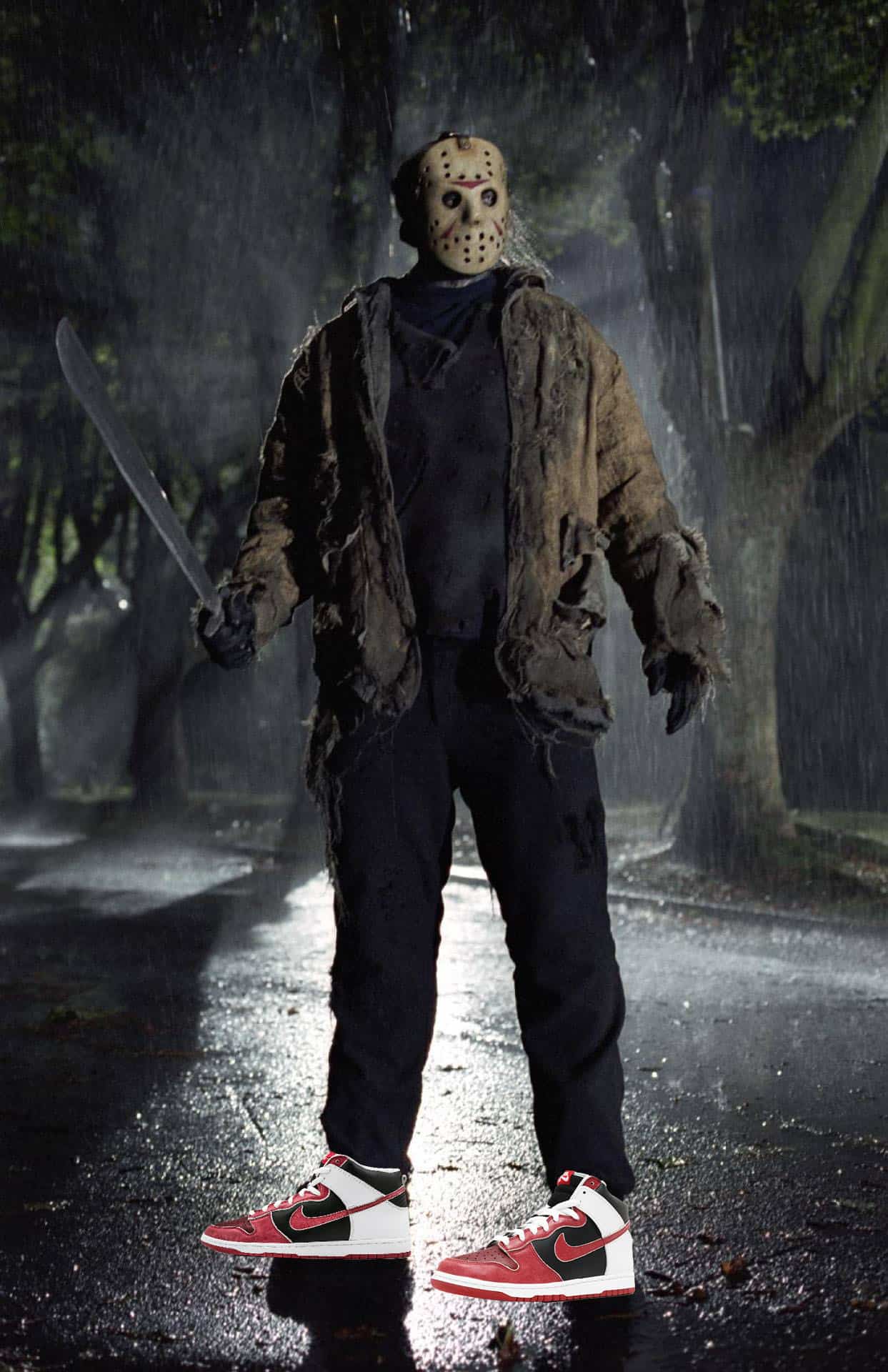 Halloween may still be a few months away, but that’s no reason to not get in the mood early. Sneakerheads can always bring their horror state of mind with the Nike Skate Shoes called the Jason Voorhees Nike SB.

The Nike SB Dunk High “Jason Voorhees” originally released in October 27, 2007 for $75. Since then, it has become a much-pursued shoe on numerous platforms, its price going north of $1,000.

Inspired by the popular villain from the Friday the 13th horror franchise named Jason Voorhees, this offering of the Nike SB Dunk High has deep red tones on the perforated leather toe box and suede overlays that work very well with the Black quarter panels and collars.

Also featured on this shoe is a contrasting white heel overlay and midsole, inspired by Jason’s signature hockey mask.

Nike SB has taken great inspiration from the “Friday the 13th” horror franchise. Since it was released in 1980, the franchise has since spawned 12 movies, a television series, novels, comic books, video games, and tons of merchandise.

The franchise focuses on the fictional character of Jason Voorhees. He drowned as a boy at Camp Crystal Lake because of the negligence of the camp staff. Many decades later, the lake is rumored to be “cursed” and is the setting for a series of mass murders. Jason is featured in all of the films, as either the killer or the motivation for the killings.

Jason appears in no less than 11 movies and has the highest average body count as a single character, ever. The colorways white comes from the Detroit Red Wings hockey mask, the black from his outfit, and the red from the insane amount of blood he tends to evoke wherever he goes. The red on the toe box will fade by wear and uncover a hidden color. 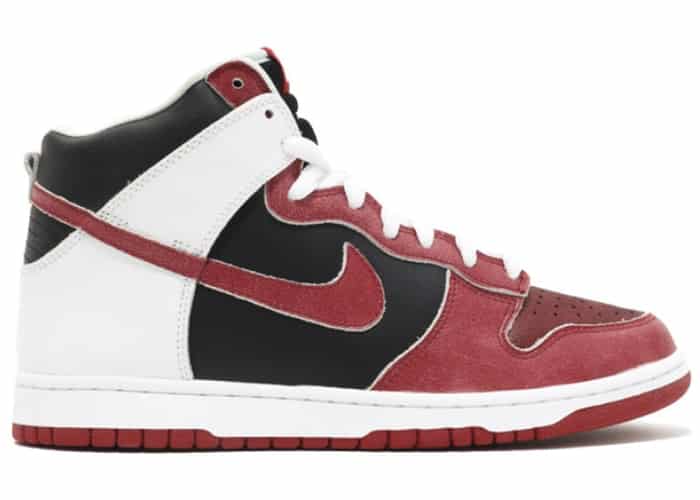