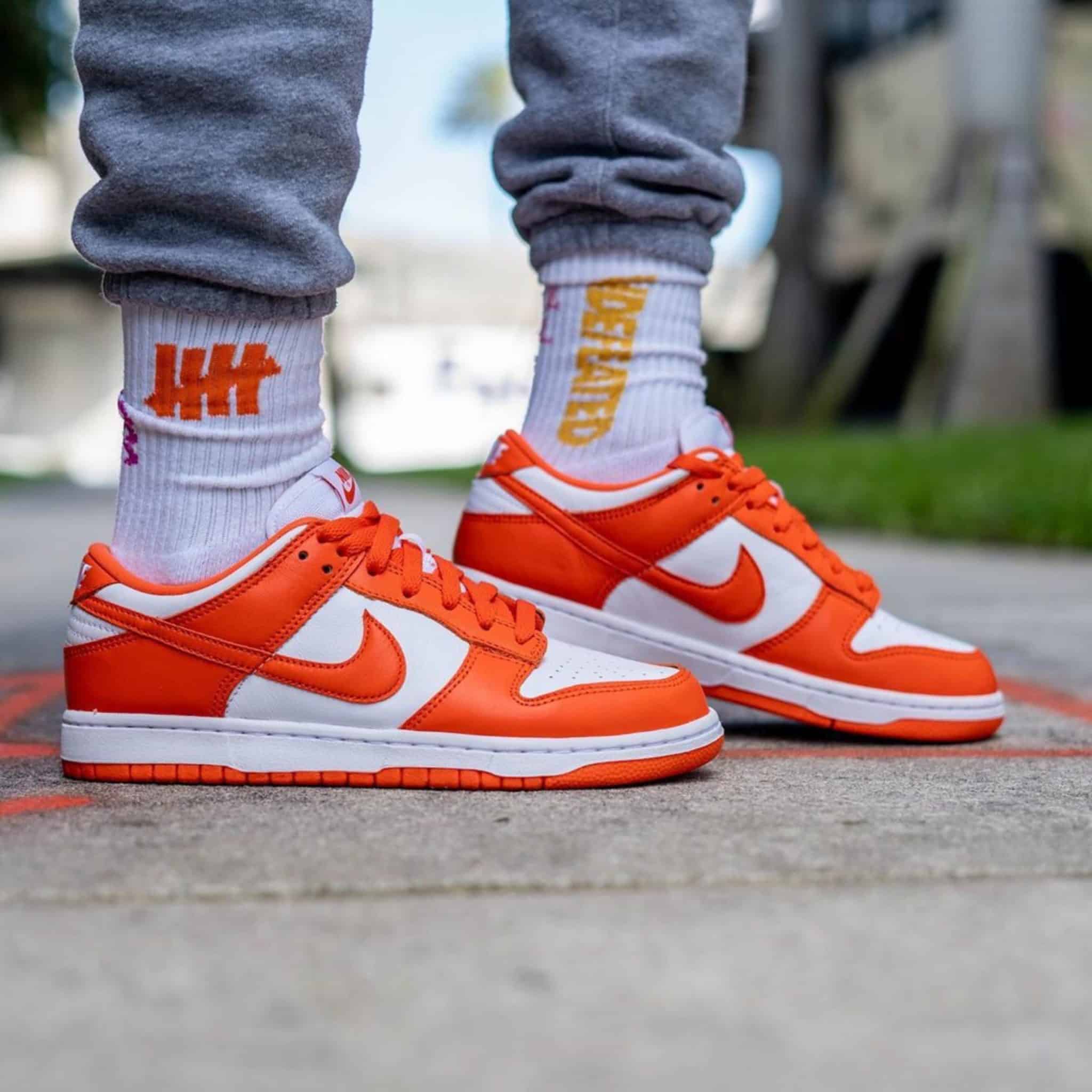 With more than three decades of tradition and history behind it, the Nike Dunk enjoys a strong reputation as a footwear staple in the skateboarding universe. In recent years, it has also become a part of the popular sneaker culture (this is particularly true of the lowtop version of the Dunk).

The iconic Nike Dunk Low “Syracuse” was originally launched on the hardwood floors of college basketball. To promote the brand, Nike outfitted some of the most well known NCAA basketball stars with Dunks to match the colors of their respective programs.

Nike is now bringing back some these memorable colorways as it celebrates the 35th anniversary of popular shoe’s debut. To kick off the celebrations, the company is introducing colorways that tie back to respected college basketball programs in Kentucky and Syracuse. 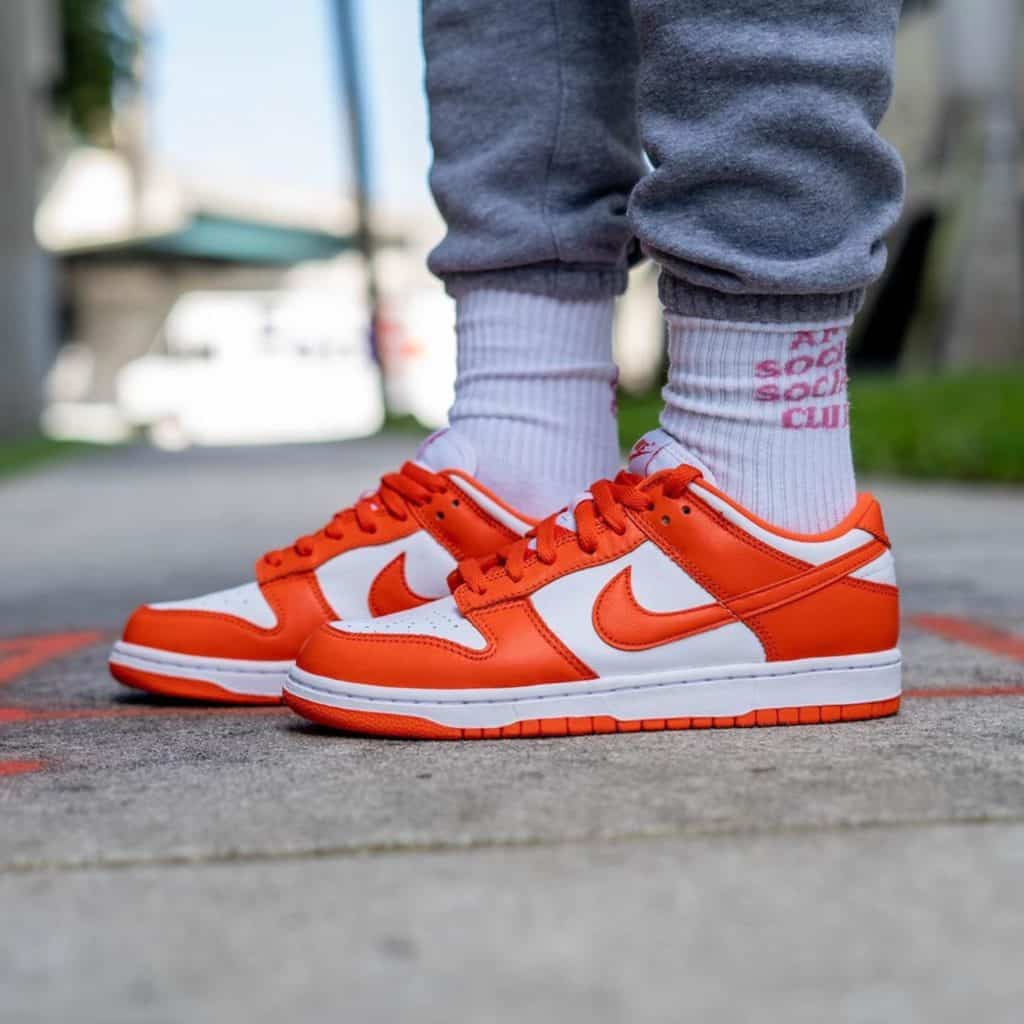 The 2020 shoe design will stay true to the original 1985 launch campaign. But both colorways are now releasing as lowtops, which combine a white leather base with varsity royal and orange blaze accents respectively. For the 2020 iteration, the company has taken off the high ankle collar, and chosen the Dunk’s lowtop iteration instead. 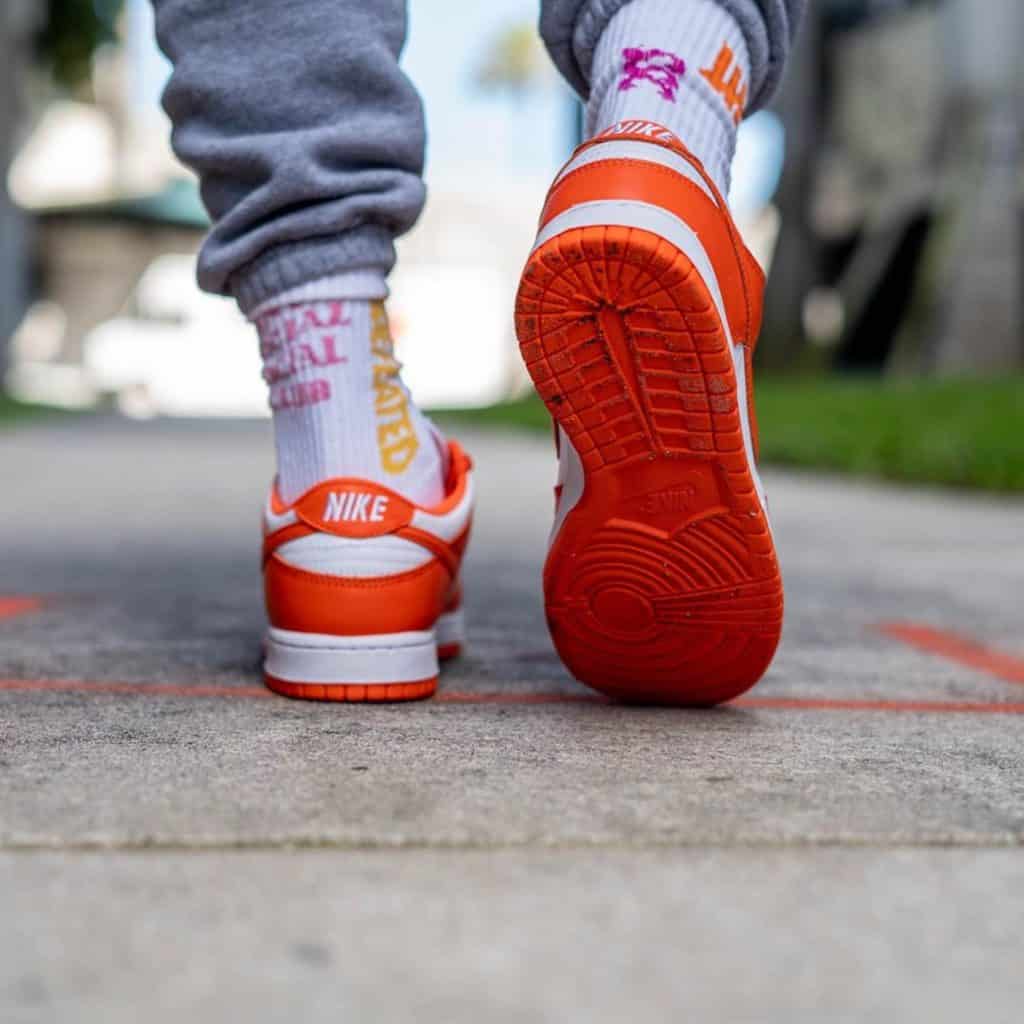 If you have been out of touch with Nike’s strategy to revive the legendary Dunk silhouette, it is time to wake up to it. Over the last few years, the company has been gradually restoring the Dunk. The shoe was originally designed for basketball. However, sneakerheads and skateboarders rapidly adopted it and loved the shoe’s loud colors and unique style. Now the company is aiming to unleash the same mania all over again. 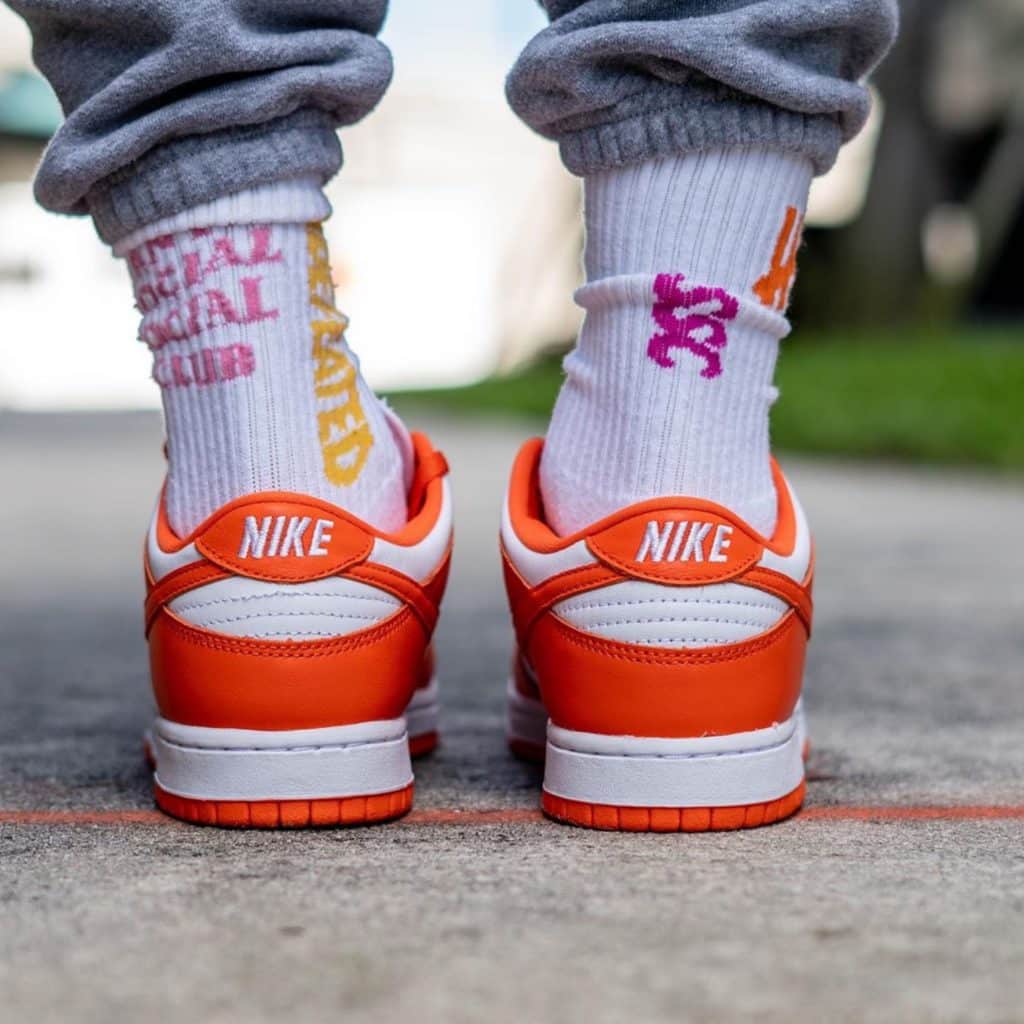