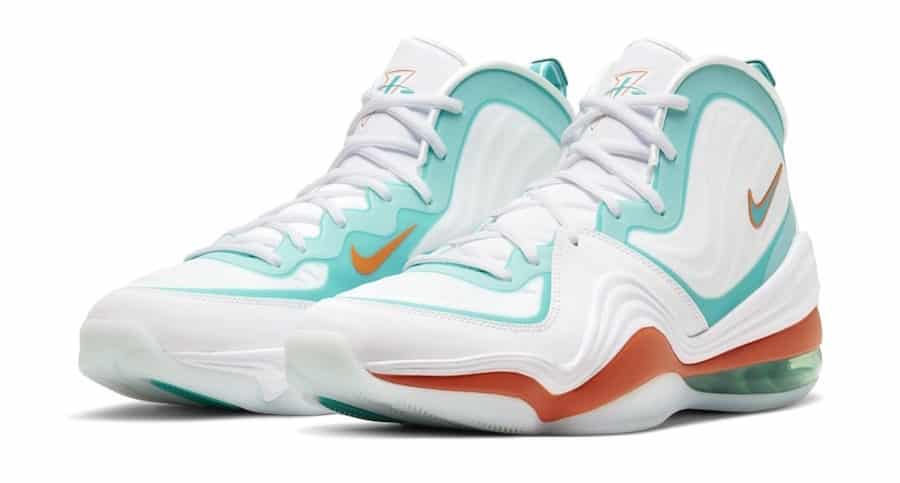 2020 without a doubt has been a tough year, but the sneaker world still has something to be thankful for. The resurgence of the fifth shoe in the signature line of Penny Hardaway — the Nike Air Penny 5!

So far, Nike has released the “Blue Chips” colorway and the “Invisibility Cloak”. Both sneakers made a return even after there initial release six years ago. Now, Nike is preparing to release the Nike “Miami Dolphins” Air Penny 5. This is news that has left a lot of fans salivating, especially with this model’s deep-rooted popularity.

The original “Miami Dolphins” colorway of the Nike Air Penny 5 released at the height of the “Heatles” era of the Miami Heat. This started a lot of Miami-inspired colorways of different sneakers from different brands. This summer, Nike will be releasing an alternate version, which gives the shoe a white base instead of the original New Green. There will also be teal trims and orange accents on the midsole to complete the Miami Dolphins look. The insole will find the usual Penny branding along with his most recognizable quote. Meanwhile, the outsole will be translucent, giving the sneaker an iced-out look, which is perfect for the searing summer. 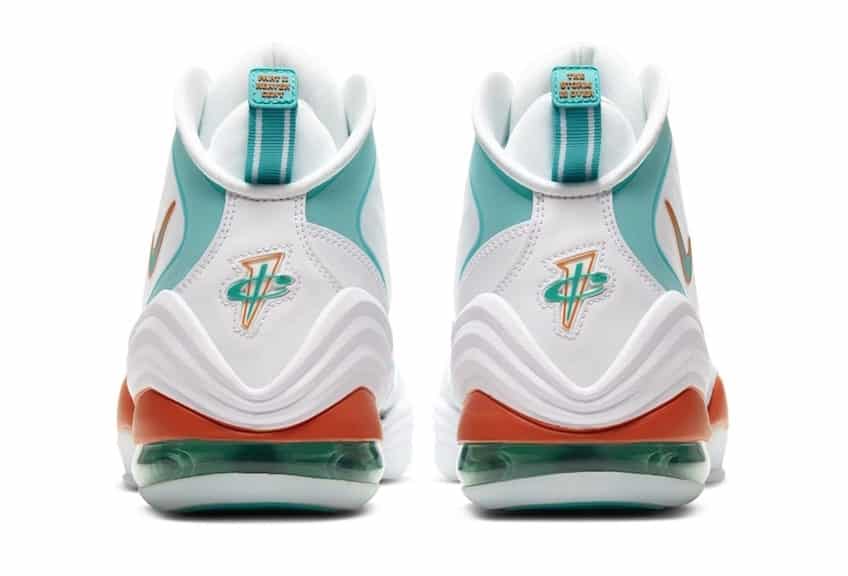 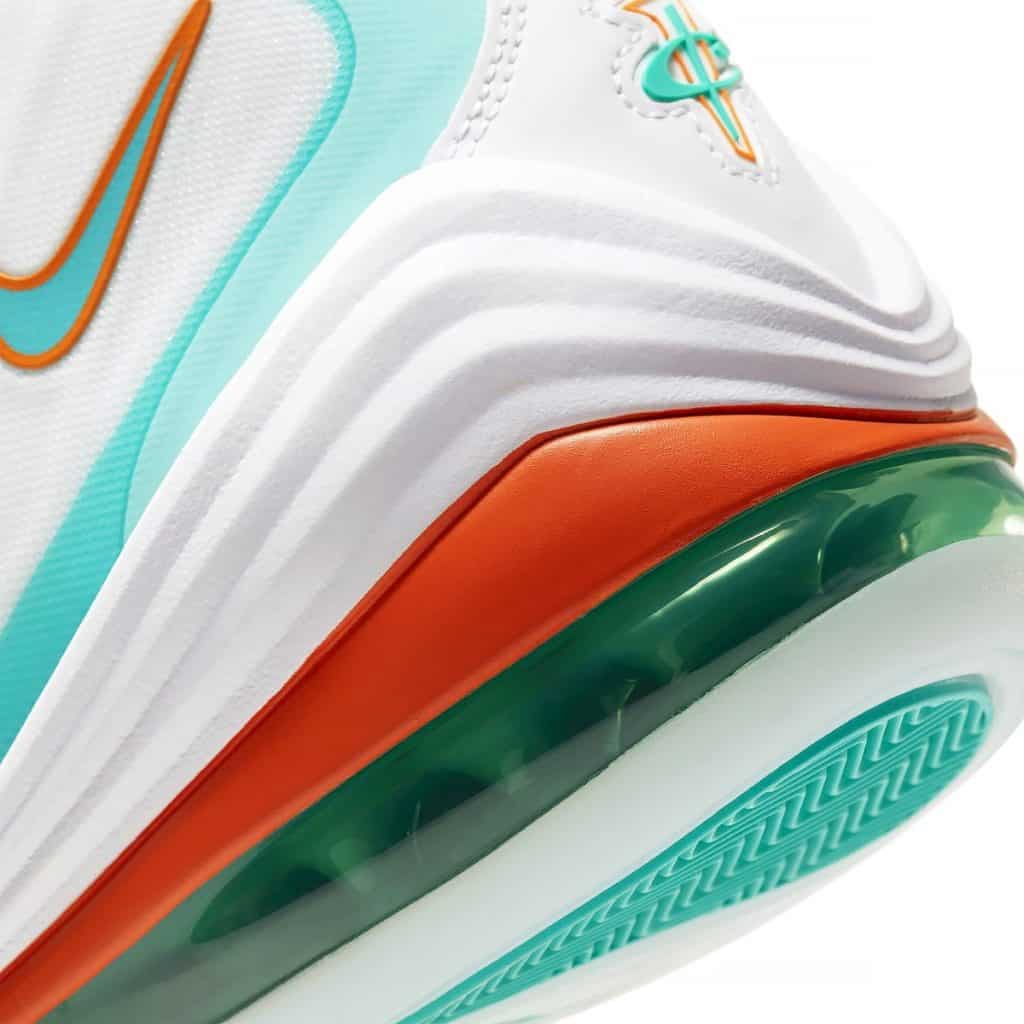 All Images Via @nike

Regardless of your opinion of the Miami Dolphins, it cannot be denied that the Miami inspired colorway is a hit. This upcoming Air Penny 5 is well aware of the colorway’s appeal and seeks to bring it back with minor differences.

The Air Penny 5 gave the dormant Air Penny line new life way back in 2012. The shoe came 14 years after the release of the Air Penny 4 back in 1998. Designed by Nike Sportswear’s Marc Dolce, the Nike Penny 5 took various design elements from previous Penny signature sneakers. If your a penny fan you may notice these features thoughout. The leather upper as well as the Foamposite overlays and the Air-Sole unit in the heel. Nikes iconic Zoom Air cushioning can be seen featured in the mid-sole of the sneaker.

Hall of Famer Penny Hardaway showed basketball fans his potential during his best years with the Orlando Magic. While on the Orlando Magic him and Shaquille O’Neal led them to a finals appearance before the big man bolted for the bright lights of Los Angeles. Shortly After, Penny suffered one injury after another and was never able to fully recover. After his days with the Magic ended, he bounced from one team to another. Over time playing for the Phoenix Suns, the New York Knicks and the Miami Heat before calling it quits in 2007.

At the end of the day Penny’s popularity as both a basketball player and sneaker icon are persevered with his signature line, even reaching a sixth iteration. Today’s generation of players and sneakerheads continue to revere Penny and his signature line, with every year bringing forth a new batch of his retro Penny sneakers and Foamposite shoes.