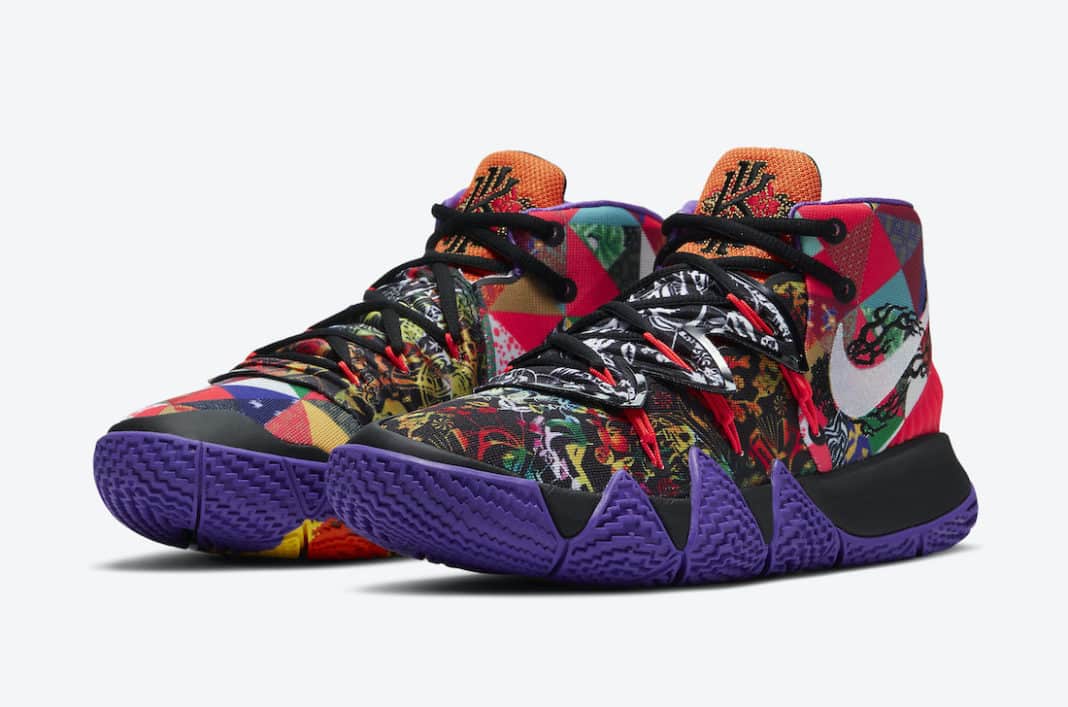 Nike has released an annual Chinese New Year line for years. 2021 is no different; however, this year marks a significant change in how Nike celebrates the occasion. In the past, the brand has highlighted the animal of focus (in the case of this year, the Ox), but the 2021 release has shifted focus to celebrate Chinese culture instead. Kyrie Irving’s Kyrie S2 Hybrid is an eye-catching example of this new trend.

While it doesn’t overtly pay homage to Chinese New Year themes, the Kyrie S2 comes jam-packed with intricate details that work together to get the point across. The hindfoot panels feature bold, multicolored triangular patterns that contrast beautifully with the dragon patterns that can be seen beneath the iconic Swoosh. The forefoot upper panels are covered with allover graphics that include subtle greyscale Nike logos alongside delicate floral patterns and other delicate artwork. Red accents can be seen at the eye stays, swoosh, counter, and tongue, while the midsoles split between black and purple color-blocking and feature a trendy zig-zag line. A yellow/red triangle is nestled into the treading for a pop of interest.

The tongues and carved-out heel counters show Kyrie Irvin’s influence: the tongues feature Irving’s logo in black nestled into embroidered floral imagery, while the heel counters feature an all-seeing eye on one shoe and a healer’s hand insignia on the other. Both of these images are commonly associated with Irving, so there will be no mistaking which collection this new addition is joining! 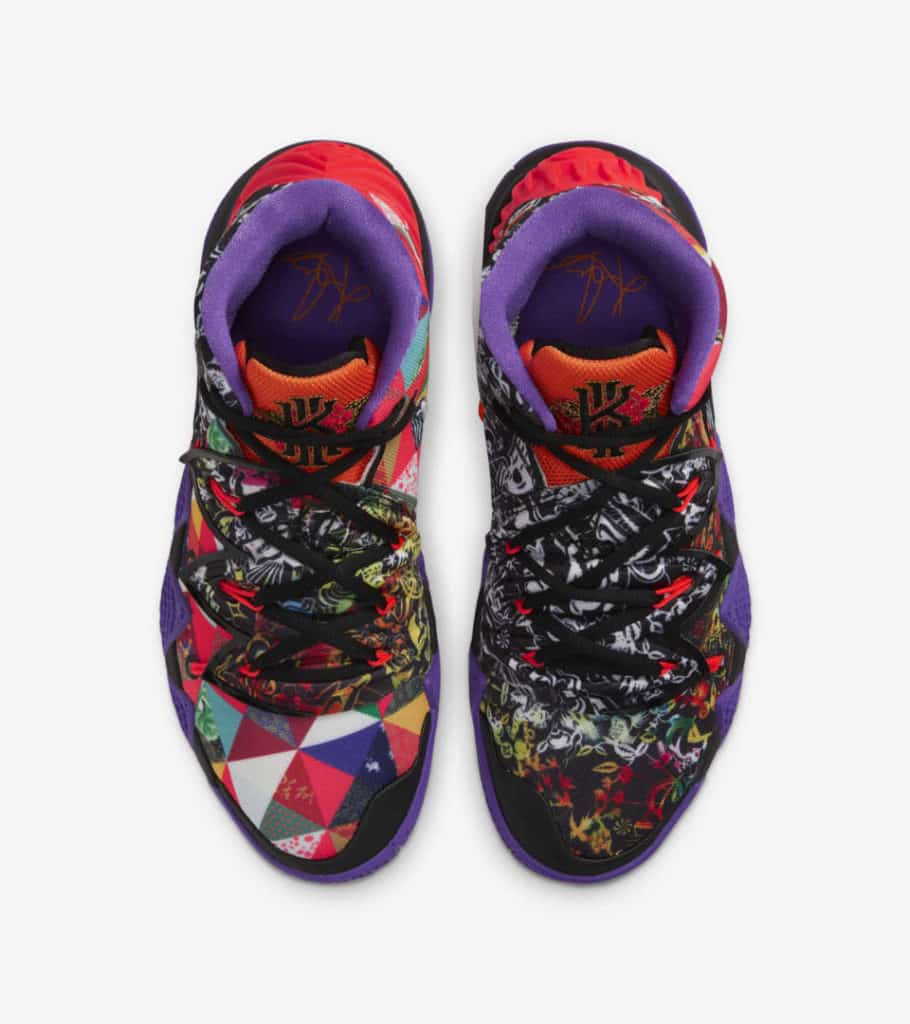 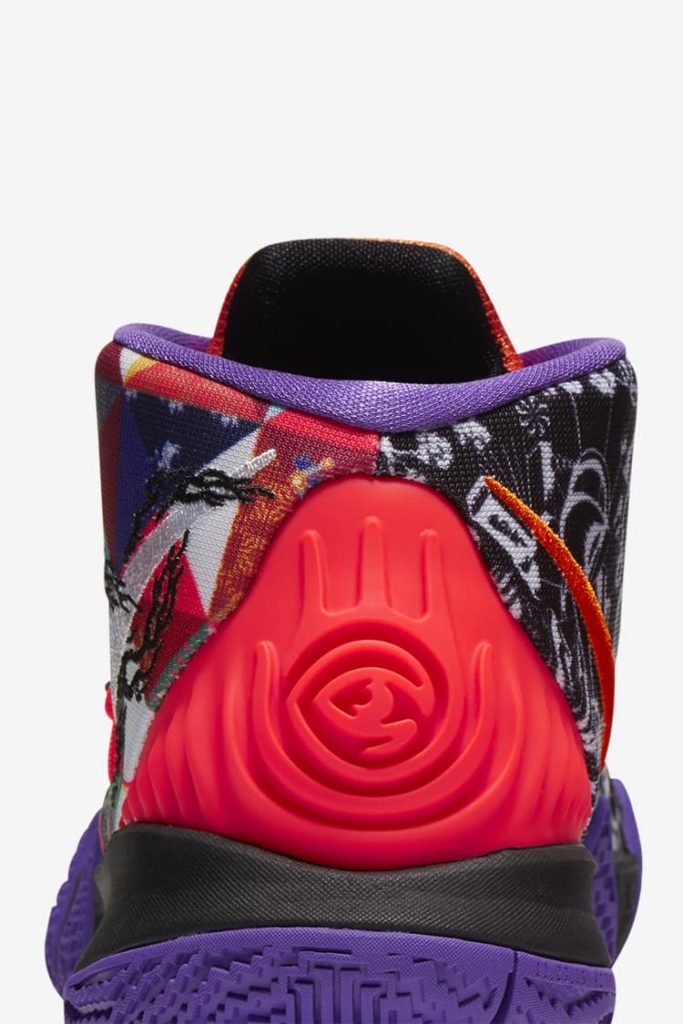 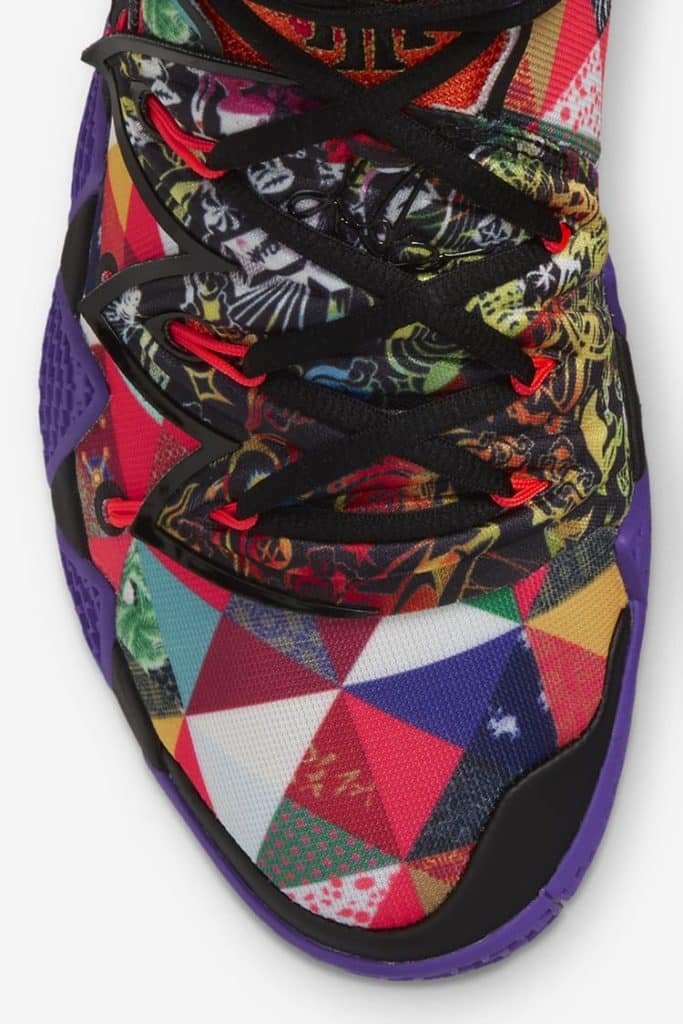 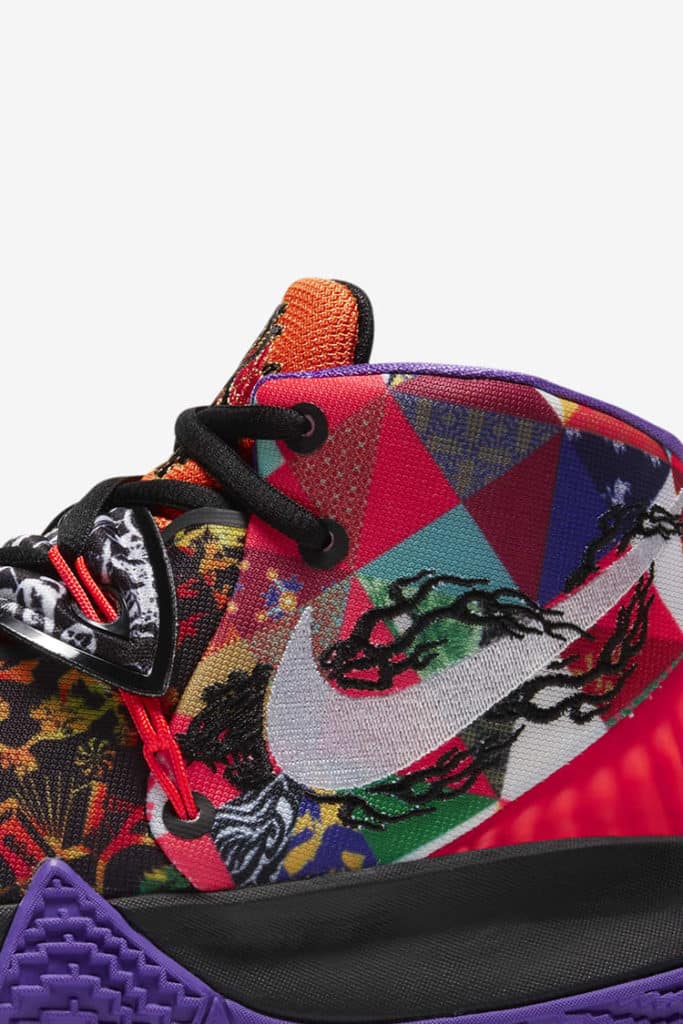 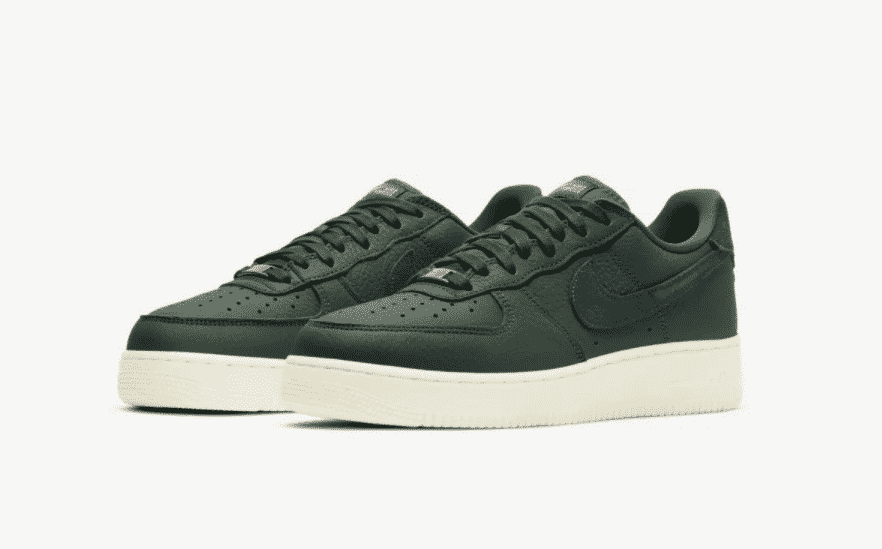 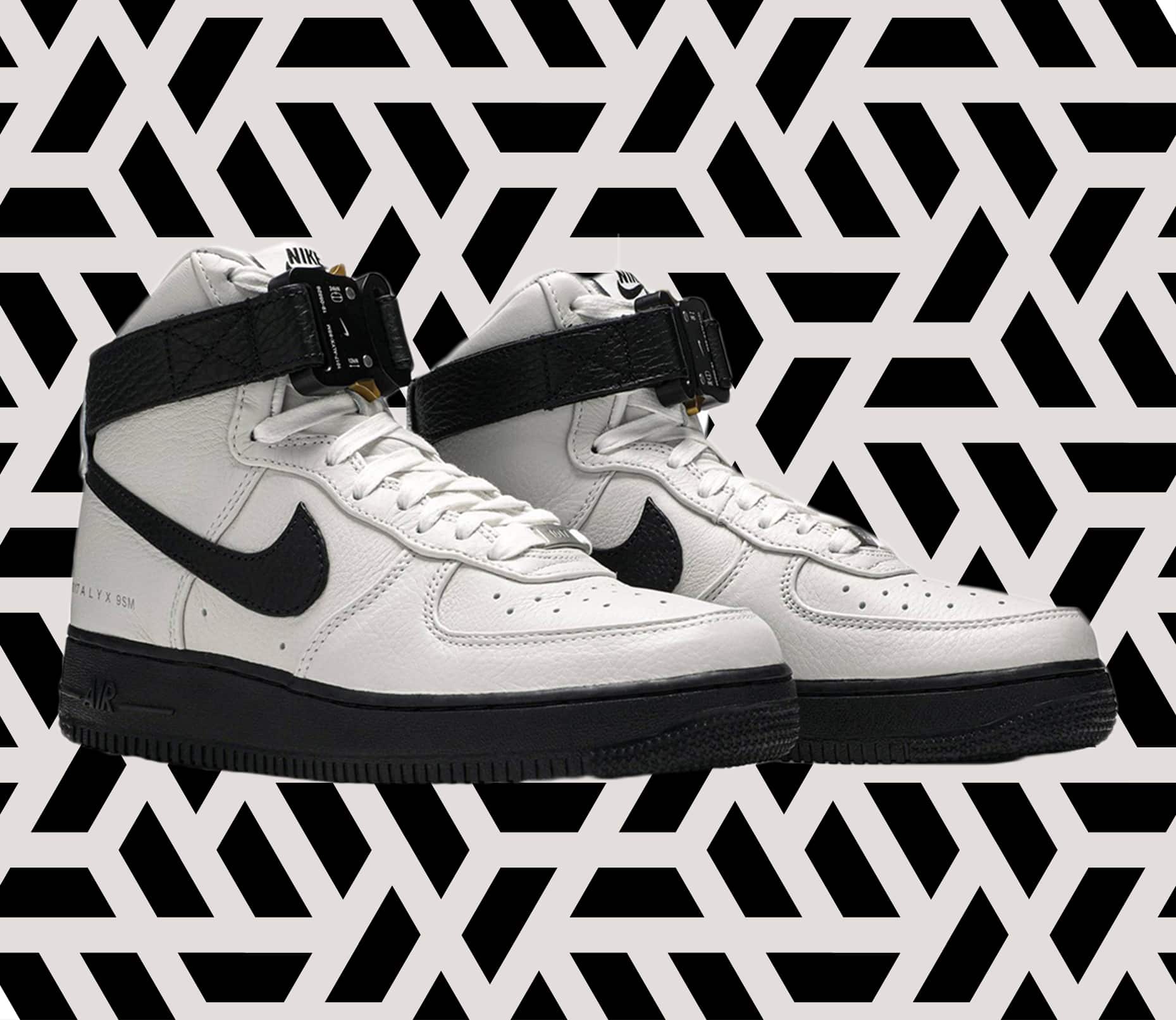